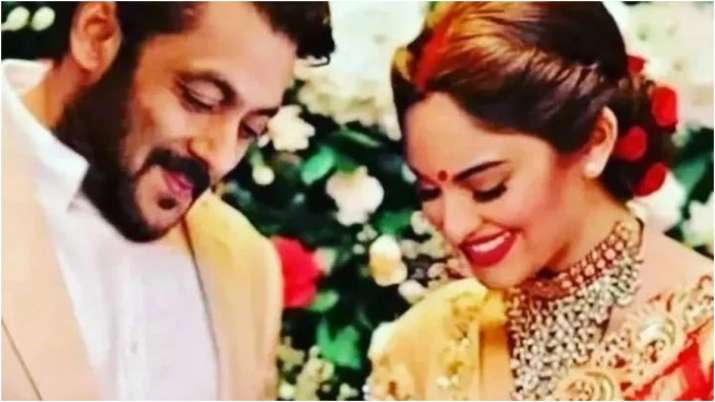 Salman and Sonakshi Sinha’s wedding photos have been circulating on the net for several days now. In the picture, Bollywood ‘Bhaijan’ Salman Khan is seen wearing a ring on Sonakshi’s hand while she is wearing vermilion.

That image that went viral through social media is now viral. After seeing the picture of the bride and groom, many said that they got married secretly in Dubai.

To those who really think Sonakshi and Salman are married, ‘Dabangg’ actress said, “Are you so stupid that you can’t even tell the difference between a real picture and a morphed picture?”

However, Bollywood ‘Bhaijan’ has not yet opened its mouth about this. None of his statements came out publicly.

Sonakshi’s love affair with ‘notebook’ actor Zaheer Iqbal has been raging in Bollywood for some time now. Although Sonakshi herself opened her mouth about this. Said, “Zaheer is my dear friend. All this news makes us smile. Best wishes for his first film ‘Notebook’, he is also a very good actor.”