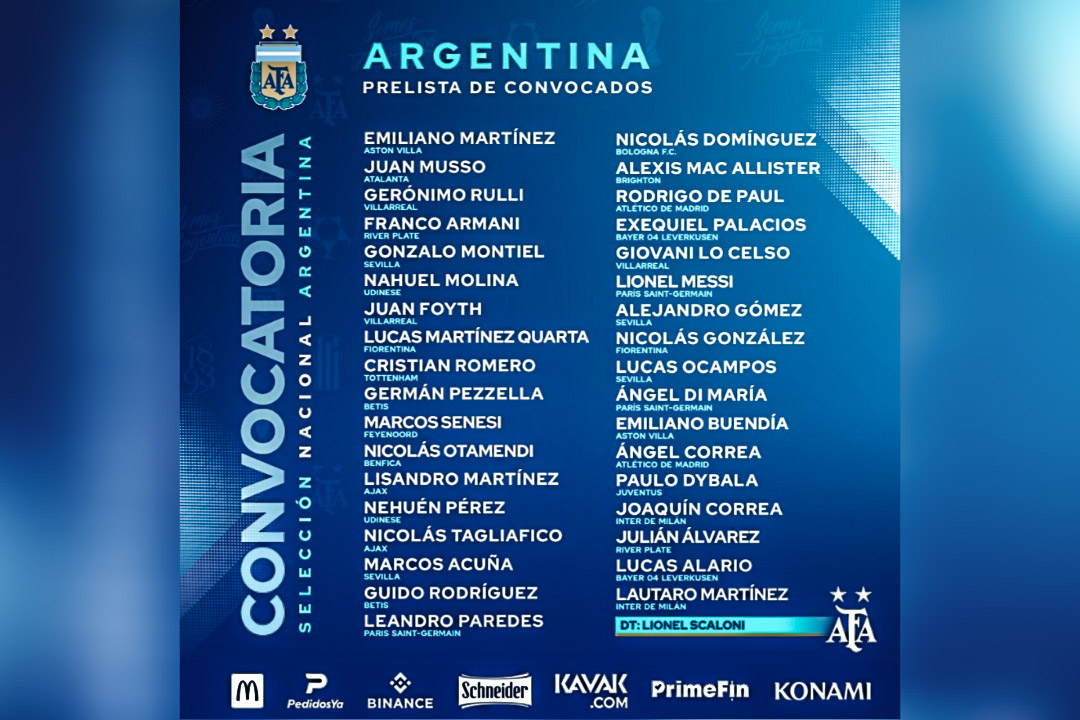 Argentina announced their squad just days after the announcement of Brazil’s squad for the friendly match.

Copa America champions Argentina will face Euro champions Italy in the Conmebol-UEFA Cup of Champions match on June 1. The match will be played at Wembley Stadium in England. The match was named Finalisima.

Argentina coach Lionel Scaloni has announced a 35-member preliminary squad for the match.

Lionel Messi will lead the team as always. PSG midfielder Leandro Paredes, who is in the process of recovering from injury, has also been included in the squad.

The main goalkeeper is Emiliano Martinez, one of the best performers in Copa America. Gonzalez, Di Maria, Paulo Dybala, and Lautaro Martinez are with Messi in the attack.

The main squad for the match against Italy will be announced next week, the Argentine Football Association (AFA) said in a tweet.

Mustafiz is not in the team against Dhoni